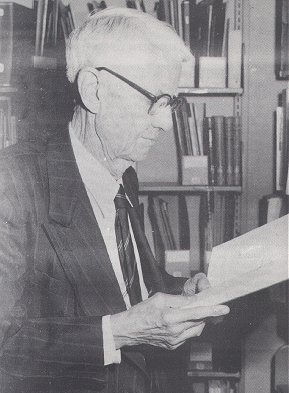 From an essay by Rembert Patrick, the Florida Historical Quarterly (1962)

Julien Chandler Yonge (Jan 20, 1879 to April 25, 1962) was the oldest son of Philip Keyes and Lucie Cairns Yonge and grew up in Pensacola immersed in Florida history. “From his home on West Intendencia Street he could see the waters where Spanish galleons, British frigates, and American warships once rode at anchor.”

A promising student, Julien studied to be an engineer, but in 1898 a fever broke down his health and cost him many years of recuperation. His early interest in history and the drafting skills acquired as an engineer combined to turn him into an avid historian and collector of Floridiana. Reading every book and pamphlet that came into his possession, he gained a reputation as a walking encyclopedia. A long-time supporter of the Florida Historical Society, in 1925 he was elected as editor of the Society’s Quarterly, a position he would continue to hold for the next 30 years.

Julien’s home in Pensacola became a magnet for scholars of Florida history who conducted research in his enormous private collection. In the 1940s, administrators and faculty at the University of Florida persuaded Julien to transfer the collection to Gainesville, transforming the university from an institution at the periphery of historical research in the state to one of its flourishing centers. Julien also came to Gainesville to serve as the curator.

He set only the following stipulations on donating the collection to the university: “that it be adequately housed, opened to all students regardless of race, color, or creed, and a minimum of $2,000 a year be spent on filling in gaps in the holdings.” Unwilling to have the library named after himself, he instead named it in honor of his father as the P.K. Yonge Library of Florida History. “Every day was an adventure for Julien. Students and faculty, visiting scholars from the state and other states were welcomed. He arrived at the library early in the morning, took a rest at noon, and left after five; but he returned at seven to keep the library open until the last student, professor, or visiting scholar tired and left.”

Today, the library, as part of the Department of Special Collections, remains dedicated to Julien’s wishes: to aid and assist in research on Florida history, maintain the integrity and comprehensiveness of the collections, and provide a friendly and helpful environment for all students, faculty, and visitors. 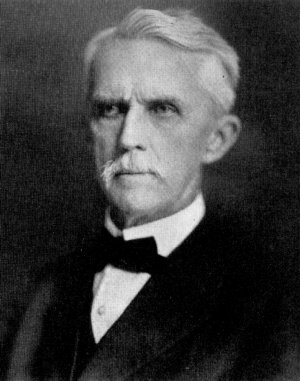 From an essay by Harry Gardner Cutler, History of Florida, past and present, historical and biographical (Lewis Publishing Co., 1923)

Philip Keyes Yonge (May 27, 1850 to August 9, 1934) was born at Mariana in Jackson County, Florida, of a family that had deep roots in Southern history.

Two of his ancestors figured significantly in the administration of Georgia and British East Florida. Henry Yonge, Sr., (b. 1713) migrated to the American colonies from England and pursued a career as surveyor, first in South Carolina and then in Georgia. In 1754 he was appointed with William Gerard DeBrahm as joint Surveyor of Georgia and later became Surveyor General for the colony. His son, Henry, Jr., undertook a career in law but had to flee Georgia at the outbreak of the American Revolution because of his Loyalist sympathies. Arriving in East Florida, he served as acting Attorney General, and was ultimately appointed Secretary and Register of the Bahamas in 1788.

P.K. Yonge’s life-long interest in education and history stemmed in part from this family heritage. After an early education with tutors and in private schools, he attended the University of Georgia, Athens, graduating A.B. in 1871 and A.M. and LL.B. in 1872. After college, he served as British vice consul’s clerk at Pensacola between 1872 and 1873, as acting British vice consul between 1874 and 1874, and then entered the real estate and insurance business in 1875. In 1876 he became secretary of the Muscogee Lumber Company. When this company became part of the Southern States and Timber Co., Ltd., he was made assistant manager in the New York office, and remained with the company through good times and bad, becoming president and manager of the new firm when it was reorganized as the Southern State Lumber Company in 1903.

An active citizen of Pensacola, P.K. Yonge earned a reputation for outstanding civic service and dedication to the cause of education in the state of Florida. He served as a member of the Board of Public Instruction of Escambia County, was an alderman of the city, and also president of the Chamber of Commerce. In 1905 he became a member of the State Board of Control (precursor to the Board of Trustees for the universities), serving as chairman of that institution from 1909 to 1917, and then again from 1921 until his retirement in 1933. He also served as vice-president of the Florida Historical Society in 1932 and as president during the difficult post-Depression years of 1933 and 1934.

Yonge’s commitment toward improving education is commemorated in the University of Florida’s P.K. Yonge Laboratory School in the School of Education, dedicated to innovative programs in elementary, middle, and high school teaching and learning. The Yonge archive of Florida history, enthusiastically assembled by his son Julien Chandler, became the core collection of the P.K. Yonge Library of Florida History, established at the university in 1945.